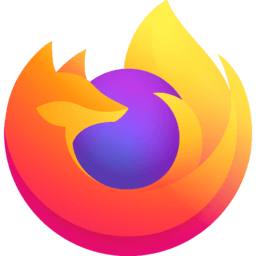 Firefox is used too little nowadays. This is a bad thing for several reasons. The main reason is that it created a monopoly of Chromium-based browser engine which powers Google Chrome, Opera, MS Edge and most other browsers. Developers then optimize webpages mostly for this engine. The same thing happened 20 years ago when Microsoft dominated the market with Internet Explorer. Firefox however still has some advantages even for a regular user, and particularly when using Android-based mobile phone. One example that is very little known: You can play Youtube without ads, without paying for premium Youtube, and even with Youtube on the background or even with the screen turned off. Don’t you believe me? Just try it yourself!

You must have Android phone, not iPhone for this to work. Reason is that Apple does not allow other browser engines than its own on iPhone.

Yes, it is that simple.

Try to use Firefox also for other websites or consider using it as a default browser on Android. With the adblocker turned on it has some significant privacy-related benefits as well. It has some disadvantages, though. You cannot use some features such as logging-in with FIDO2/U2F hardware USB or NFC security keys such as Yubikey or GoTrust Idem key, and some websites simply do not work anymore with mobile Firefox since it is used by less than 1% mobile users nowadays and some websites started ignoring this minority for cost-saving reasons. For these use cases, just switch to Chrome/Edge/whatever, but most websites still work reasonably OK with mobile Firefox. Using Firefox on desktop and mobile helps it to survive thanks the the fact that website owners are forced to continue supporting it since some of their paying customers are using it, and not to develop for Chrome only – which would be bad for the internet ecosystem in general, as any kind of monopoly is.